Colonic Polyps & Cancer Risk: Should You Be Worried? 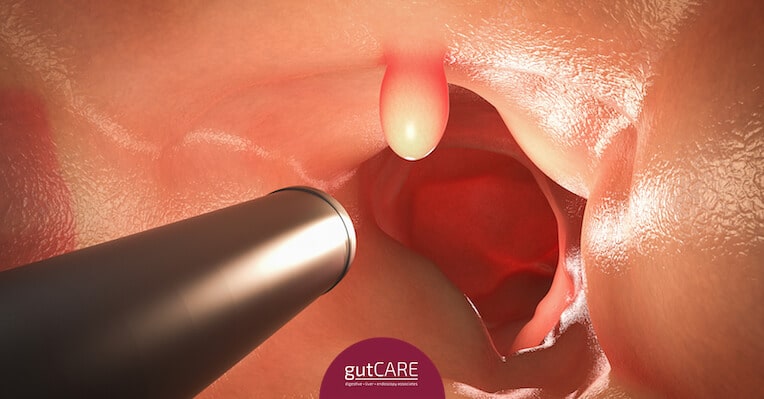 In talking about colon health, polyps pop up frequently as a topic of relevance. You may have heard that colon cancer virtually always begins from colonic polyps, or perhaps your doctor has detected some polyps growing in your colon, and you’re now worried about what this means.

What exactly are colonic polyps, and should we be worried about them? Learn more about these growths below.

What are colonic polyps?

Colonic polyps are cell growths that occur on the lining of the colon (the large intestine). They develop due to abnormal cell growth, when cells multiply more rapidly than normal.

What are the chances of polyps turning cancerous?

The size and type of the polyp influence the likelihood of it developing into cancer.

Generally, the larger the polyp, the higher the chances of it turning cancerous. An estimated 1% of polyps with a diameter of smaller than 1cm are cancerous. This percentage sees a striking jump to 50% for polyps that are larger than 2cm.

Adenomas and serrated polyps present a more significant chance of developing into cancer as compared to hyperplastic polyps. The most common polyps are adenomas, which make up two-thirds of polyps found during colonoscopies. For this type of polyp, about 14% become cancerous after 10 years.

Do polyps cause any symptoms?

Most people with colonic polyps don’t feel any symptoms, which is why many don’t know it until the polyps are discovered during routine screening.

However, some people may experience symptoms of gastrointestinal discomfort similar to colon cancer symptoms, such as:

How can I screen for polyps?

Routine colonoscopy is where most polyps are discovered. Other colon screening tests may also detect the presence of polyps, including sigmoidoscopy, barium enema, and CT colonography. However, only colonoscopy allows for the removal of polyps.

A stool test like faecal occult blood test (FOBT) or faecal immunochemical test (FIT) can also detect bleeding in the intestines, which may indicate the presence of larger bleeding polyps or colon cancer. A faecal occult blood stool test may not be able to pick up non bleeding polyps or cancer, but this is widely recommended as community colon cancer screening test due it’s cost effectiveness for large population screening. A positive FOBT test requires a follow-up colonoscopy to confirm the presence of polyps.

You are advised to undergo regular screening, especially if you have an increased risk of developing colonic polyps or colon cancer. Some risk factors that may necessitate more frequent testing include:

Should I remove a non-cancerous polyp?

Most doctors recommend removing polyps even if it’s not cancerous now, this is because colonic polyps will continue to grow over years, and the risk of cancer developing increases the bigger the polyps get.

In many countries, If a polyp is found during a colonoscopy, the doctor usually removes it during the procedure itself. In certain countries, In some instances where the polyp is too large, keyhole surgery (laparoscopy) can be performed to remove the polyp.

After removal, the polyp can be analysed for the presence of cancer cells.

Discovering a polyp might feel alarming, but understanding what it is can help you allay your fears and worries. It is always best to ask your doctor any specific questions you have, be it about the type of colonic polyp you have, or the potential costs of colon cancer treatment. The good news is, with regular screening, polyps can usually be nipped right in the bud before they have a chance to turn cancerous.