Colon Cancer: Risk Factors And Symptoms To Look Out For 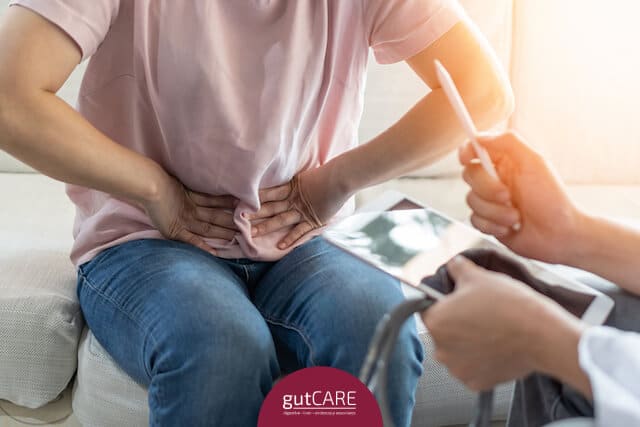 When it comes to colorectal cancer, early detection is the key to successful treatment. However, colorectal cancer is notorious for not having many symptoms – in fact, over half of the cases do not present symptoms at all.

Thus, knowing when to start screening for colorectal cancer is paramount to early cancer detection. People at higher risk should begin getting screened at an earlier age, with higher frequencies of screenings.

What are the risk factors for colorectal cancer?

To determine if you are at higher-than-average risk of colorectal cancer, these are some signs you should take note of:

If you have an immediate family member who has had colorectal cancer, you are considered to be at higher risk for the cancer, as it means you likely share genetic, environmental or lifestyle factors that predispose you to it.

Studies have shown an increased risk of colorectal cancer in persons with diets high in red and processed meats. Frequent consumption of meats cooked at very high temperatures through methods like frying or grilling is also thought to be a risk contributor.

Tobacco in cigarettes contains known carcinogens that may be ingested during smoking. Thus, smokers or non-smokers with frequent exposure to cigarette smoke are reportedly at increased risk of developing colorectal cancer.

A meta-study found that every 10g of alcohol consumed per day gives you a 7% rise in risk of getting colorectal cancer. This is attributed to acetaldehyde, which is a chemical formed during the break down of alcohol in the body. The compound can lead to DNA damage or the formation of polyps in the colon.

Persons who have had colorectal cancer previously have a higher chance of developing cancer in the colon or rectum again. Having a history of polyps – even benign or removed ones – may also increase one’s chances of getting colorectal cancer as it means there is a potential for more polyps to form.

People with chronic or recurrent conditions like ulcerative colitis and Crohn’s disease, which involve the inflammation of the colon, may be at increased risk of colorectal cancer. The risk may increase according to the length of time one experiences IBD, as well as the percentage of colon affected.

Overweight or obese persons have an estimated 30% higher risk of contracting colorectal cancer than a person of healthy weight. A variety of factors may cause this, such as the tendency of obese persons to have chronic low-level inflammation, or the increased production of adipokines, which are the hormones responsible for cell growth.

What are some symptoms of colorectal cancer?

Majority of patients with colon cancer in Singapore do not show symptoms at their early stages. However, if present, these symptoms may include:

If you tick the boxes for having a high risk of colorectal cancer, and/or experience any unusual symptoms with your bowel system, it is best you consult your doctor or a colon cancer specialist for a medical examination. Regular screening in the form of colonoscopy is also a good measure to guard yourself against the cancer.