Pancreatic Cancer Symptoms Everyone Should Watch Out For 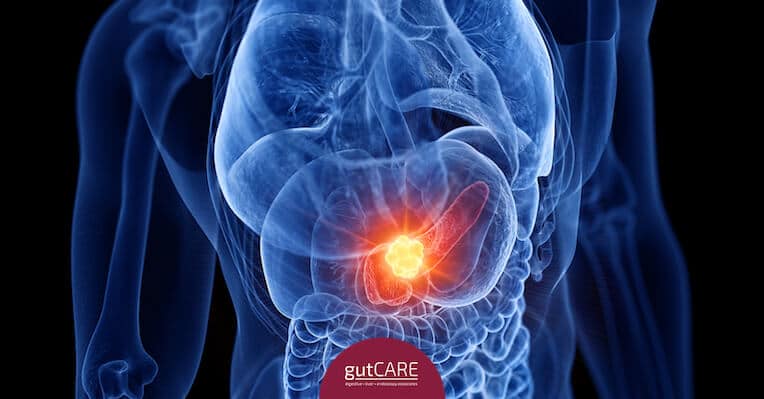 Pancreatic cancer is a cancer of the pancreas, an organ that lies between the stomach, liver, and intestine. The pancreas is made out of two glands, one that produces insulin, and the other which produces enzymes to aid with digestion. These enzymes drain into ducts before entering the small intestine. While cancer rarely develops in the gland tissue, the ducts are where cancer most commonly develops.

A majority of pancreatic cancer cases go undetected until the cancer worsens. Often, the disease does not cause any symptoms until it has progressed to the later stages, when the cancer has spread to other organs. It is no surprise then that pancreatic cancer is often referred to as the silent killer.

Unlike other types of cancer like breast, prostate, or colorectal cancer, there is no routine screening test for pancreatic cancer. This makes it all the more crucial that you understand the symptoms of the disease, so you can get it diagnosed as soon as possible. Due to the location and function of the pancreas, pancreas cancer symptoms range widely from digestive issues to hormonal conditions.

Tumours that grow in the body or tail of the pancreas may apply pressure on nearby organs, resulting in stomach pain. The tumour could also press on nerves around the pancreas, leading to back pain. However, abdominal and back pain can also be caused by many other conditions besides cancer, including musculoskeletal and digestive issues.

Sudden and unexplained weight loss can occur in pancreatic cancer cases for several reasons. Cancer steals nutrients from the body to grow and multiply, depriving the body of energy. A tumour pressing on the stomach can also cause nausea and vomiting, making it difficult to keep food down. Even while maintaining a healthy diet, the body may not be able to properly digest the food due to the pancreas failing to make sufficient digestive fluids.

A tumour at the head of the pancreas can cause blockage of the liver’s bile duct. In these cases, the body is not able to effectively get rid of bilirubin, a waste product from the breakdown of blood cells.

Bilirubin then builds up in the body, causing jaundice. Signs of jaundice include yellow skin and eyes, pale-coloured stools, and dark-coloured urine. An excess of bilirubin in the skin can also cause itching and irritation. Aside from cancer, jaundice also occurs in liver-related diseases.

Once pancreatic cancer has progressed, it may destroy the insulin-making cells in the pancreas. This could cause one to experience symptoms of diabetes, as the body cannot produce enough insulin to maintain healthy blood sugar levels. Such symptoms include excessive hunger or thirst, frequent urination, weight loss, and fatigue.

When the tumour blocks the common bile duct, bile can get trapped and accumulate in the gallbladder. This results in a swollen gallbladder. Doctors may be able to feel this as a lump on the right side of the belly, under the ribs. Apart from cancer, gallstones can also cause the gallbladder to swell if it blocks the cystic duct or bile duct.

Pancreatic cancer increases the risk of deep vein thrombosis (DVT), which is when a blood clot forms in a large vein, often in the leg. This can cause several uncomfortable symptoms in the leg, including pain, redness, swelling, and warmth.

In some cases, the blood clot can dislodge and travel to the lungs, causing a pulmonary embolism (PE). When this happens, the patient usually experiences shortness of breath or chest pain. Blood clots can be caused by a variety of conditions as well, so discovering them in one’s body is not a sure sign of cancer.

Blockage of the common bile duct can cause a few changes in the stool. A lack of bilirubin from bile causes the stools to appear lighter in colour. Stools can also contain undigested fat, causing it to appear greasier and float. This is because the body is unable to break down fat well due to the lack of digestive juices from the damaged pancreas.

What to do if you are experiencing symptoms

If you are experiencing one or more of these symptoms, it does not necessarily mean that you have pancreatic cancer. There are several other possible causes for most of them. Still, it would be best to consult a gastroenterology specialist who can advise you on the best course of action.