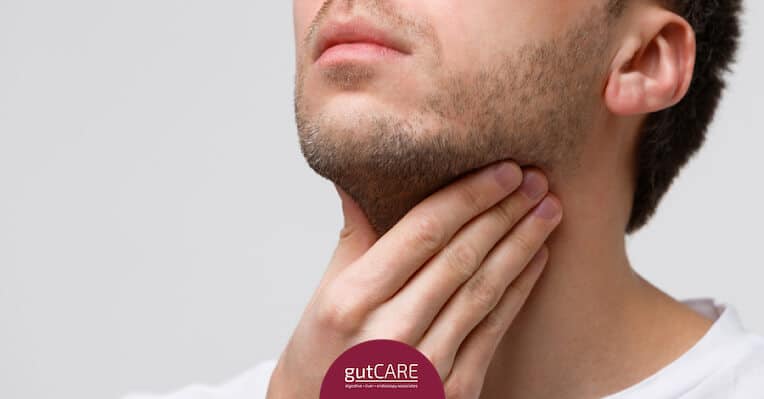 Having trouble swallowing can cause distress, whether from the frustration of not being able to eat and drink smoothly, or from choking or painful sensations. The medical name for a swallowing difficulty is dysphagia. Commonly, difficulty swallowing may occur when eating too quickly and food is not thoroughly chewed. However, persistent dysphagia may be a sign of a serious medical condition which requires treatment.

Experiencing recurring or ongoing swallowing difficulties could be a sign of some cancers such as esophageal cancer or stomach cancer. The tumour may block or narrow the food passage. It is best to see a doctor immediately to rule out the causes.

When should I see a doctor for swallowing difficulty?

Encountering difficulty swallowing once in a while with no other symptoms is usually not a cause for worry. But you should get it checked out if dysphagia is repeated or prolonged, especially if accompanied by other symptoms, such as drooling, unexpected weight loss, heartburn, and coughing. Dysphagia that results in a person avoiding eating, skipping meals, losing weight or becoming malnourished is also reason to be concerned.

If you are having trouble breathing or think there might be something stuck in your throat, call a doctor immediately.

It is important to consult a doctor to determine the cause of your swallowing difficulty. Talk to your doctor about the symptoms you have and when they began. They will do a physical exam to check for any abnormalities or swelling in your oral cavity. There are a variety of tests they can perform to find the exact cause. Some tests include:

It pays to be vigilant about your own health and any abnormalities. If a severe condition is the cause of your swallowing difficulty, getting treatment early is key. Your doctor can provide you with medication or recommend you the suitable treatments you need, such as surgery or chemotherapy.