How Your Pancreas Is Being Affected By Excessive Drinking 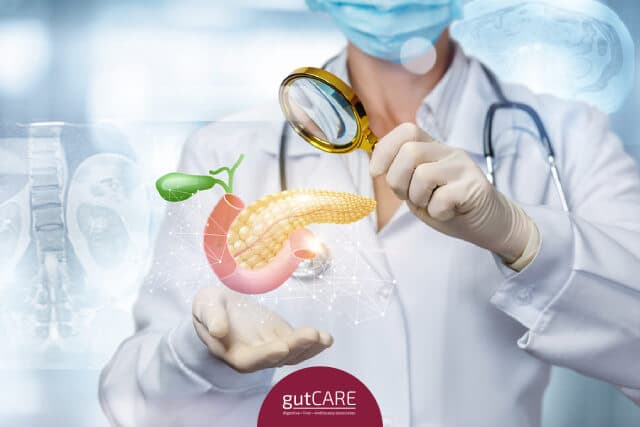 Alcohol abuse is commonly associated with liver problems because the liver is the organ mainly responsible for metabolising alcohol in the body. When there is excessive alcohol intake, the liver is unable to keep up with processing of the alcohol and causes it to remain in the body. The more alcohol is consumed, the greater the risk of damage to the liver. These damages can occur in the form of fatty liver, alcohol hepatitis, and cirrhosis.

However, it is less common knowledge that heavy alcohol use also affects the pancreas. In the US, some statistics put the proportion of pancreatitis sufferers who are also heavy alcohol users at 70%. It is well established in the medical field that there is a link between excessive alcohol intake and pancreatic-related health conditions.

Pancreatitis is a condition where the pancreas becomes inflamed. It is one of the main pancreatic illnesses that alcohol abuse is associated with. The inflammation of the organ impacts the metabolic functions of the pancreas, which cause further health complications. Clinical records put men in their 40s with a history of heavy alcohol consumption as at highest risk of being diagnosed with pancreatitis.

Although researchers have not confirmed the exact mechanism by which alcohol affects the pancreas, one theory postulates that alcohol induces digestive enzymes to flow back into the pancreas instead of being released into the intestines. As a result, the enzymes attack the pancreas cells themselves. Another theory proposed that alcohol incites a backflow of bile, thus damaging the pancreas.

Pancreatitis occurs in two forms: acute pancreatitis and chronic pancreatitis. While both are inflammations to the pancreas, they differ in the duration and severity of the conditions.

Acute pancreatitis is a short-term and sudden inflammation of the pancreas. Symptoms include abdominal pain near the back behind the ribs, nausea, vomiting, and fever. Symptoms usually only last a few days, and most patients recover quickly without major complications. However, in rare cases, it can also become fatal. Severe cases of acute pancreatitis can also cause further complications like internal bleeding, irreparable tissue damage, infection, formation of cysts, and damage to other organs.

Chronic pancreatitis occurs when there is long-term inflammation of the pancreas, which usually happens only after periods of acute pancreatitis. At this stage, the damage to the pancreas is irreparable, and symptoms are experienced on a long-term basis. Symptoms include recurring pain near the back behind the ribs, weight loss, greasy stools, and jaundice. Chronic pancreatitis typically does not heal, but only gets worse gradually.

While chronic pancreatitis is usually not immediately life-threatening, it can lead to further health complications. For example, the loss of function in the pancreas leads to digestion problems and diabetes.

Chronic pancreatitis can also lead to the growth of cysts or pseudocysts. These growths are fluid-filled sacs that form on the surface of the pancreas. They are formed by localised masses of dead tissue and old blood. Some cases of pseudocysts do not show symptoms, however, some patients report bloating, indigestion, and abdominal pain resulting from these cysts.

Pancreatic cysts may cause infections to the pancreas and nearby organs. In some cases, the cyst may be cancerous or pre-cancerous, developing into malignant tumours later on.

How can you guard yourself against pancreatic conditions?

Pancreatic conditions are potentially very painful and costly illnesses. Not only might you have to deal with the substantial pancreatic cancer treatment cost, but you will also have to suffer in your quality of life. It will be worth it to reduce your likelihood of developing these pancreatic conditions and complications by regulating your alcohol intake.

Even if you have been diagnosed with acute pancreatitis before, you can lower your chances of suffering from acute pancreatitis again and from developing the chronic condition by keeping a low rate of alcohol intake and a low-fat diet. For those currently battling pancreatitis, abstinence from alcohol will help to reduce pain and allow your pancreas to heal.

If you are a heavy alcohol user, you should consider taking measures to regulate your drinking habits. To find out more about the risks of alcohol drinking to your pancreas health, consult a gastroenterology specialist today.