Know What Your Stools Are Telling You About Your Health 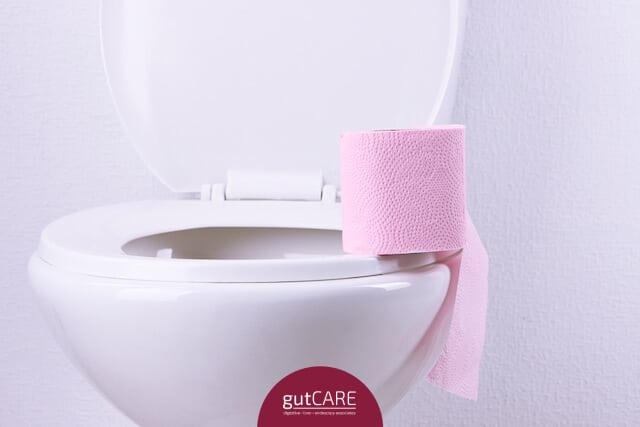 Bowel movement is a natural process that all humans undergo to eliminate wastes from the body. While some may dismiss it as a daily inconvenience, the appearance of one’s stools can be a useful indicator of one’s gastrointestinal health. Thus, it is good to have an idea of the different kinds of stools and what they tell you about your health.

Faeces excreted from the body consist of undigested food, proteins, bacteria, salts, and various other chemicals from the intestines. The appearance and smell of stools differ from person to person, although there are some characteristic trends for healthy and unhealthy faeces.

Healthy bowel movement should be easy and painless to pass. Normal stools should be log-shaped, brown to greenish in colour, and soft to firm in consistency.

Between 3 times a week up to 3 times a day is considered a normal frequency for passing stools. As this frequency varies from person to person, anything out of one’s usual routine can be a sign of something being amiss.

Small, pellet-shaped stools that require straining to pass is usually an indication of constipation. Constipation can be caused by a number of issues, such as stress, irritable bowel syndrome (IBS), and certain medications. However, in otherwise healthy individuals, hard, lumpy stools are likely to be a consequence of a lack of fibre. This problem can be solved by increasing the intake of dietary fibre and drinking more water.

Formless or watery stools, otherwise known as diarrhoea, can be a symptom of various conditions, such as food poisoning and stomach flu. Prolonged diarrhoea lasting more than a few days can be a sign of more serious issues like IBS, Crohn’s disease, or celiac disease.

Aside from getting to the root cause of diarrhoea, persons suffering from it should take extra care to stay hydrated by drinking water and electrolyte drinks, to counter dehydration and malabsorption of nutrients.

Faeces naturally smell unpleasant due to the fermentation process that occurs in the intestines. However, stools that smell exceptionally foul may signal malabsorption of nutrients, causing excessive fermentation of undigested food. This could be a warning sign for conditions such as celiac disease, bacterial infections, or food intolerances.

Blood in stools can appear as red or black stools. Red stools may indicate bleeding in the lower intestinal tract, or bleeding due to hemorrhoids. A less alarming cause of red-tinted stools may be coloured foods consumed recently, such as beetroot, cranberries, or tomato juice.

Similarly, black stools may indicate bleeding in the upper gastrointestinal tract, or be due to foods such as licorice, iron supplements, or bismuth medications. To ascertain if it is blood in your stools, first rule out the possibility of these foods being the cause of your red or black stools.

While the occurrence of hemorrhoids in Singapore is common and usually non-serious, blood in stools may signal a more serious problem that is worth a visit to your doctor sooner rather than later.

Stools sometimes appear stinky, yellowish, and greasy due to high fat content. As a result, these oil-slicked stools tend to float rather than sink. This type of stools is a sign that the body is not absorbing fats from food properly, which may be contributed by pancreatic conditions, a gastrointestinal infection, or cystic fibrosis.

If these symptoms last for more than a few days, a visit to the doctor will be helpful to ascertain the cause of oily stools. While acute pancreatitis is usually short-lived and treatable, chronic cases cause prolonged discomfort and may increase the chances of contracting pancreatic cancer. You doctor will be able to advise you on relevant information such as options for pancreatitis or pancreatic cancer treatment in Singapore.

What should you do if you detect unusual changes in your stool?

Fleeting changes in stool appearance are normal in healthy persons, dependent on the day-to-day activities and diet of the individual. It only becomes a cause for concern when these unusual symptoms persist for more than a few days, or occurs alongside pain or other symptoms. A more urgent case is blood in stools – these should be checked out by your doctor if the bleeding lasts for more than two days without an apparent cause.

The first course of action when investigating unusual stools is to consult your doctor, who may refer you to a gastroenterologist specialist. To diagnose your condition, you may be required to provide a stool sample for clinical testing. Further examinations like an endoscopy may also be performed. After diagnosing the state of your health, the gastroenterologist can then dispense you advise for suitable treatments.