Myth Or Fact: The Effects Of Heaty And Cooling Foods 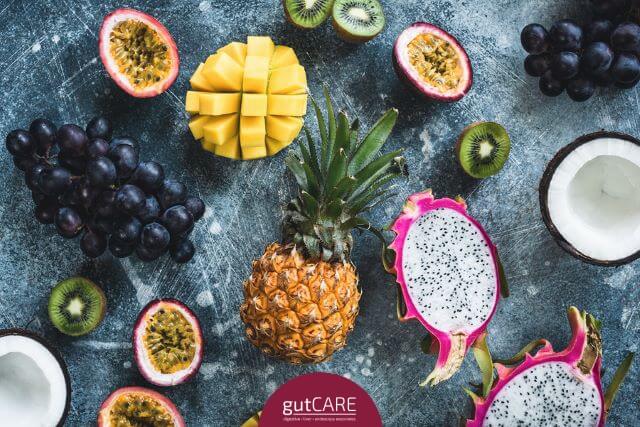 The Lunar New Year festivities are known for being a time for family gatherings and feasting. The problem is, this is most often a recipe for throwing our health off-balance, leading to ailments like sore throat and gastric pain. Your elders may attribute this to one thing – and you’ve probably heard this before: the heatiness of Chinese New Year goodies.

The familiar notion, to some extent, governs the eating habits of most Singaporeans and Asians around the world, but have you ever stopped to wonder what ‘heaty’ means when it comes to food?

What are ‘heaty’ and ‘cooling’ foods?

Heaty and cooling are two ends of the continuum, and they hark back to Traditional Chinese Medicine (TCM) observations and teachings from 2000 years ago. While the concept is unheard of in Western medicine, the TCM perspective believes in the balance of ‘yin’ and ‘yang’ for optimal body health. Rather than being based on chemical composition, the classification of heaty and cooling foods is based on symptoms and effects that different foods have on the body.

Heaty foods are classified for their ability to raise body temperature, stimulate the body, and promote blood circulation. Excessive consumption of heaty foods is said to tip the body’s balance, leading to ailments like fever, throat pain and irritation, acne, and mouth ulcers.

Most high-calorie foods fall under this category, as are foods cooked at high temperatures. Examples of heaty food include deep-fried foods, durian, red meat, chocolate, nuts, and spicy foods.

Cooling foods, on the other hand, are characterised as foods that eliminate toxins from the body and cools the body down. When a person has too much cooling foods, however, it can result in chills, pale complexion, sore muscles and joints, and proneness to fatigue.

Foods in this category tend to be low-calorie foods that are cooked with low heat, or raw foods. Many also taste refreshing and soothing. Some examples are watermelons, coconut, cabbage, mangosteen, and green tea.

⦁ Statement: Drinking saltwater from the durian husks after eating its fruit will dispel the heatiness.

⦁ Science:  Drinking saltwater is not recommended due to the high salt content. There is also no reason to believe that drinking out of the durian husk will make a difference. Gargling saltwater, however, does help to draw out toxins and relief inflammation – you can do so using a normal mug or glass.

⦁ Statement: Eating an excess of cooling foods like papaya and pineapple during pregnancy increases the risk of a miscarriage.

⦁ Science: There is no evidence to show that cooling foods cause miscarriages. However, some warn against eating too much pineapple and unripe papaya during pregnancy. Enzymes bromelain in pineapple and papain in unripe papaya may trigger early contractions and labour in women at the later stages of pregnancy.

⦁ Statement: Chocolate is a heaty food that causes acne.

⦁ Science: Research findings have been divided on this. There have been reports of chocolate consumption being linked to increased formation of pimples, but scientists have not been able to determine if this is due to cocoa itself, or the sugars, fat, or other components in chocolate.

Whether you are a firm believer in heaty and cooling foods, or more of a sceptic, one thing you can take away from the TCM perspective is to approach your diet with the principle of moderation in mind. The body needs nutrients from varied food sources, so make sure to get a balanced diet, and not over-eat only one type of food.

In addition, you should pay attention to how your own body reacts to different foods, as everyone’s body and tolerance to foods are different. Some people’s bodies react more aggressively to ‘heaty’ foods, while others find no problem consuming them frequently. By discovering your own body’s tolerance and sensitivities, you can avoid a lot of health problems down the road.