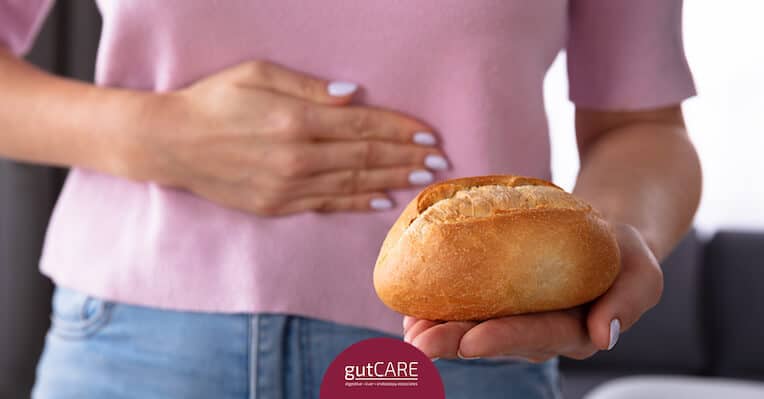 If diarrhoea is a frequent occurrence for you, it’s natural to be worried about what underlying health condition may be causing it. From irritable bowel syndrome to cancers, diarrhoea is a very common symptom. In this article, we shine the spotlight on celiac disease, an autoimmune disease in which consumption of gluten causes the body to attack the small intestine.

Celiac disease affects an estimated 1% of the worldwide population, and it is on an upward trend. This can also be seen by the rise in awareness of gluten-free food alternatives, and gluten-free-friendly eateries. As celiac disease is a serious condition that comes with a host of uncomfortable symptoms – including diarrhoea, it is important to watch out for the signs of it, so that it can be managed effectively for a better quality of life.

Does diarrhoea mean I have celiac disease?

As mentioned, diarrhoea doesn’t necessarily point to celiac disease. Diarrhoea is a symptom of a huge spectrum of diseases, or it could just be a one-off result of eating something wrong.

Diarrhoea in celiac disease is typically caused by impaired absorptive functions of the small intestine. It can manifest as watery stools, loose stools, or more frequent urges to go to the bathroom.

What other symptoms point to celiac disease?

Diarrhoea is only one of the many symptoms related to celiac disease. People with celiac disease may also experience the following symptoms:

Apart from the above, symptoms like stomach pain, unintended weight loss, and anaemia may also accompany celiac disease. If you are unsure if your diarrhoea is related to celiac disease, you can observe for these symptoms and observe if they worsen with increased gluten consumption.

How is celiac disease diagnosed?

If you suspect that you have celiac disease, your doctor can confirm the diagnosis using a few methods:

How is celiac disease treated?

There is no direct cure for celiac disease, but most people manage their symptoms very well with a gluten-free diet. Going gluten-free gives your small intestine time to heal, and prevents additional damage to it.

Generally, you will have to avoid foods containing:

Additionally, it will require extra vigilance to identify and avoid gluten in processed foods and even medications, health supplements, and non-oral health products like toothpaste, mouthwash, and lipstick.

If celiac disease had caused significant deficiencies or anaemia, your doctor might also recommend certain supplements to maintain healthy levels of essential minerals in your body.

Although celiac disease can cause serious impacts on one’s health and quality of life, these symptoms are often well-managed with a conscientious diet.

However, if your diarrhoea turns out not to be celiac disease, it will be worthwhile to check up some other conditions to rule out other causes. A gastroenterologist can also advise you on the steps and tests you can take.