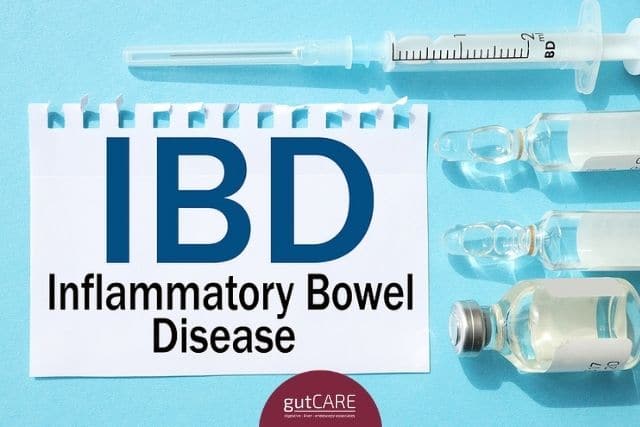 Inflammatory Bowel Disease is an immune mediated disease of the digestive tract. While immune system normally helps in fighting infection that intrudes our body, this balance is lost in patients with IBD. Instead, it attacks the intestine resulting in intermittent inflammation. Exact cause is not known. While various causes have been speculated, it is likely a combination of factors including genetic, environmental factors such as diet, lifestyle; and changes of bacteria flora in the digestive tracts.

Inflammatory Bowel Disease should not be confused with Irritable Bowel Syndrome where symptoms are driven by the bowel being over sensitive rather than from active inflammation, as seen in patients with IBD.

Common symptoms of both Crohn’s disease and ulcerative colitis include:

Patients with Inflammatory Bowel Disease may occasionally have involvement of other parts of the body. This may result in symptoms including:

Chronic inflammation of the large intestine, especially when extensive, is associated with increased risk of colon cancer.

Other complications specific for Crohn’s disease:

Stricture (narrowing of the intestine).

This occurs when there are accumulation of scars from recurrent inflammation, resulting in swelling and narrowing of the intestine. Patients often noticed symptoms of obstruction such as pain or vomiting.

Fistula refers to abnormal connection between 2 organs. These usually occur in Crohn’s disease when there is extensive inflammation through the intestinal wall forming a track with another organ.

This is a rare condition that usually occurs when there is extensive inflammation of the large intestine, resulting in abnormal swelling and high risk of perforation.

Diagnosis of Inflammatory Bowel Disease is usually made once a patient has compatible clinical history, typical appearance when inspected using endoscopy, and biopsy results.

Your doctor may need to do some blood tests, stool tests, endoscopy and occasionally scans. This allows your doctor to confirm the diagnosis of Inflammatory Bowel Disease; exclude other conditions that may mimic appearance of Inflammatory Bowel Disease (such as irritable bowel syndrome, infection, cancer and etc); as well as to stage the extent and severity of your disease.

Dietary management is crucial in patients with Inflammatory Bowel Disease as patients are often malnourished due to poor appetite, pain, malabsorption from active disease or previous bowel surgery.

While certain food may worsen symptoms during active flare, there is inconclusive evidence that any particular diet that may worsen the inflammation.

Fibre should generally be avoided in small group of Crohn’s disease patients with intestinal narrowing. Other than this, it should not be restricted in most Crohn’s and ulcerative colitis patients as it may have a beneficial effect on the micro bacteria in the intestine.

Probiotics are living, non pathogenic microorganisms that are commonly used to contribute to the intestinal health of a person. While probiotics improves symptoms from irritable bowel syndrome, available data do not support use of probiotics in healing Crohn’s disease or ulcerative colitis.

Medications used for Inflammatory Bowel Disease aim to heal the inflammation, and maintain the disease in remission. While there are various medications that can be used to reduce the inflammation, they work through different mechanisms. This explains the difference in efficacy, rate of response, and side effects. Choices of which medication to be used often depend on the extent and the severity of the disease. Given that this is a chronic condition with no available cure, most patients need to be on some form of maintenance medication long term to keep the disease under control.

Steroid is very effective in reducing inflammation rapidly. However, due to the risk of side effects, this medication is usually used only for a short term rather than as a maintenance medication.

Active compound of mesalazine is 5- aminosalicylate acid (5-ASA), which exert a topical effect in reducing the inflammation. This is usually the first line medication used for ulcerative colitis, and less commonly, in a small subset of Crohn’s disease with mild disease. This medication is usually well tolerated, and used as long term maintenance medication.

Immunomodulator are usually used when the disease does not respond to mesalazine, or require repeated courses of steroid. Commonly used immunomodulators are thiopurine (azathioprine, 6 mercaptopurine) or methotrexate. Unlike steroid, this can be used for long term maintenance with a favourable side effect profile.

Biologic is a special class of medication that is given through injection as it is made from protein. Biologics are generally more effective and are therefore reserved for patients with more severe disease who do not respond to conventional treatment including immunomodulator or mesalazine.

Up to 50% of CD patients, and 30% of UC patients may require surgery in their lifetime. Surgery to remove part of the bowel is recommended when the disease does not respond to medications, or if the disease results in complications such as narrowing, perforation, or cancer.

In recent decades, risk of surgery has reduced as more effective medications are available and started at an earlier timing. As surgery does not cure the condition, patients will usually still need to be on long term maintenance medications.