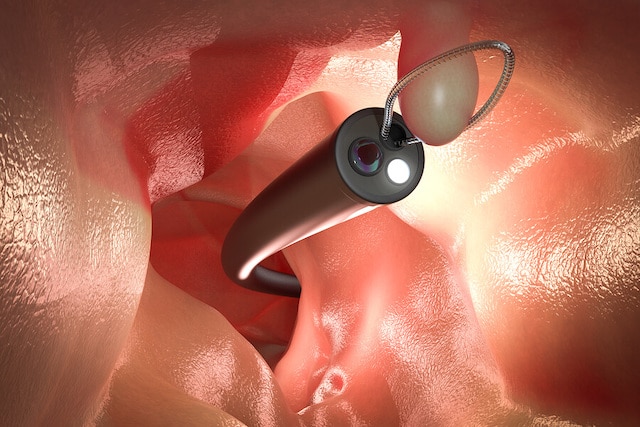 During a colonoscopy, your doctor may find and remove growths known as polyps. At the time of discovery, the majority of these polyps are benign. However, the aim of polypectomy is to reduce the chance of development and mortality due colorectal cancer.
Your doctor will measure the number and size of polyps during the colonoscopy.

These are both predictors of risk of invasive cancer and will be helpful in determining future screening intervals for your next colonoscopy.

After polypectomy, the resected polyps will be sent to the laboratory for histological examination to determine what type of cells make up the polyp and to grade the degree of dysplasia or the presence of cancer. Your doctor will review your histology report with you usually 1-2 weeks after your colonoscopy.

Polypectomy is generally safe. However it is associated with overall risk of 1% including thermal injury due to electro-cautery, perforation and post polypectomy bleeding. Some of the risk factors that may increase this risk include being on anti-platelet agents, anti-coagulation therapy such as warfarin and also the size of the polyps. After your colonoscopy, your doctor will advise you to be watchful for signs of bleeding, severe abdominal pain or fever. In the event that this happens, it is important to contact your doctor immediately.

Polypectomy will involve an additional cost that goes towards both the doctors fee, additional equipment required for the procedure and the cost of histological examination.