Fried Rice Syndrome: How Your Favourite Dish Could Harm You 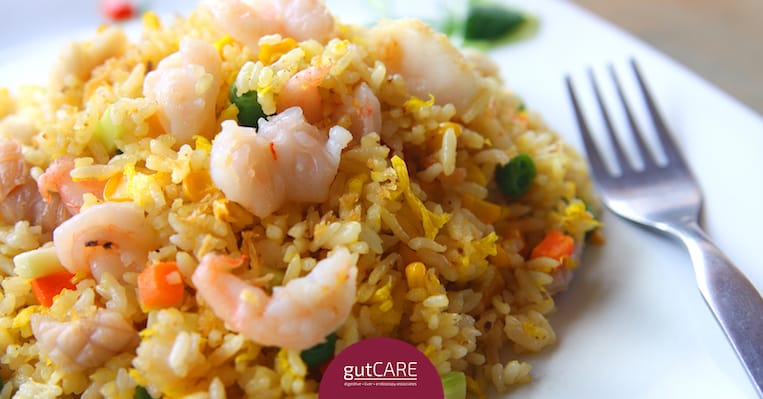 Before you cook a plate of fried rice, pause to think, will Uncle Roger approve? You might not have used a colander to drain the rice, but how did you prepare it?

In September 2017, there was a case of Fried Rice Syndrome in a school canteen, where 14 students fell sick after their meal of fried rice. While typically mild in its impact, this syndrome can also be fatal and should not be easily dismissed.

As the name goes, this syndrome has been proven to be closely associated to the dish of fried rice. As ordinary as the dish sounds, improper preparation methods can cause dangerous effects. This is due to the presence of Bacillus cereus, a bacterium that multiplies in cooked food left at room temperature.

With fried rice as a typical Asian dish, it is crucial to know more about the Fried Rice Syndrome to care for our gut health. Here are some insights into the context of the bacteria, the symptoms of the syndrome and, of course, crucial tips to avoid contracting it!

What is Bacillus cereus?

Bacillus cereus is a bacterium that produces toxins in the form of spores. Although typically found in soil, vegetables, raw and processed food, it can remain and even multiply in cooked food at room temperature.

Moreover, heat is not able to remove this infectious bacteria. Hence, even after food previously left at room temperature is reheated, the bacteria continue to thrive and becomes a culprit for food poisoning.

This type of food poisoning has been coined as such because it often happens after the consumption of contaminated fried rice.

To understand how a plate of fried rice becomes contaminated, you would need to understand the process of cooking it. The crux of Fried Rice Syndrome lies in how the dish is prepared.

A standard process of preparing fried rice goes like this: rice is first pre-cooked and then either left to cool at room temperature or kept overnight, a step that is crucial to remove moisture and let the grains firm up. After that, the cooled rice grains are fried with other ingredients to complete the dish.

In this whole process, the heat-resistant Bacillus cereus survives past both the cooling and frying stages. As such, the bacteria remain on the plate of fried rice up until it is served.

Symptoms of the syndrome

If the toxins have already been released into the food before consumption, nausea and vomiting symptoms might be experienced almost immediately. If toxins are released directly into the body, after consumption of bacteria-containing food, you might contract diarrhoea, cramps and nausea after an average of six hours.

How to treat Fried Rice Syndrome

Mild cases can be treated by hydrating the body, leaving it to fight the infection. However, the more severe Fried Rice Syndrome cases would require treatment using antibiotics.

Like with any type of food poisoning that results in prolonged diarrhoea, vomiting or abdominal cramps, seeking a professional for proper diagnosis and treatment is advised.

To prevent the Fried Rice Syndrome, cooked food should either be refrigerated at 4 °C and below or kept warm above 60 °C.