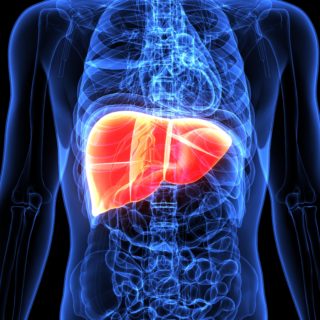 Most liver illnesses involve some form of hepatitis (inflammation of the liver), which over time, results in liver cirrhosis (hardening of the liver).

Hepatitis B is a viral infection that affects the liver. It is transmitted from mother to child mostly in this part of the world. Another mode of transmission is through sexual contact. Not all patient with hepatitis B needs treatment but they all are at risk of liver cancer. Treatment of hepatitis B does not result in a cure but merely in the suppression of the virus.

Hepatitis C is another viral infection that affects the liver. It is transmitted primarily through the sharing of a needle. All patient with hepatitis C needs treatment. It is treated with oral medication for three to six months. The cure rate can be as high as 98% with the appropriate therapy.

Fatty liver occurs as a result of an excess of energy intake over expenditure. This takes place over a long period of time. In addition, there are also many contributing complex interactions between factors such as toxin from the gut, gut microbe, fructose intake, and hormonal influences. Some patient will develop inflammation and hardening of the liver.

Cirrhosis Of The Liver

Cirrhosis is the hardening of the liver. After repeated episodes of injury, the liver regenerates in a haphazard manner, resulting in accumulation of increasing amount of fibrous tissues and distortion of the original liver architecture. Many functions of the liver are eventually compromised. Once the liver can no longer function properly, it decompensates. Symptoms of decompensation include swelling of lower limbs and abdomen, confusion, vomiting blood, jaundice, and shortness of breath. Severe cases would also have kidney failure.

Liver hardening (cirrhosis) can cause the blood vessels in the esophagus and stomach to dilate. These abnormal vessels can bleed. The bleeding can be very severe and often can be life-threatening. Emergency gastroscopy is required to stop the bleeding. The bleeding can sometimes be prevented by medication and endoscopic ligation of the varices.

Primary biliary cholangitis usually affects middle-aged women. They can have symptoms such as tiredness and itch. The more advanced cases will result in liver hardening. They are usually treated with a medication called ursodeoxycholic acid.