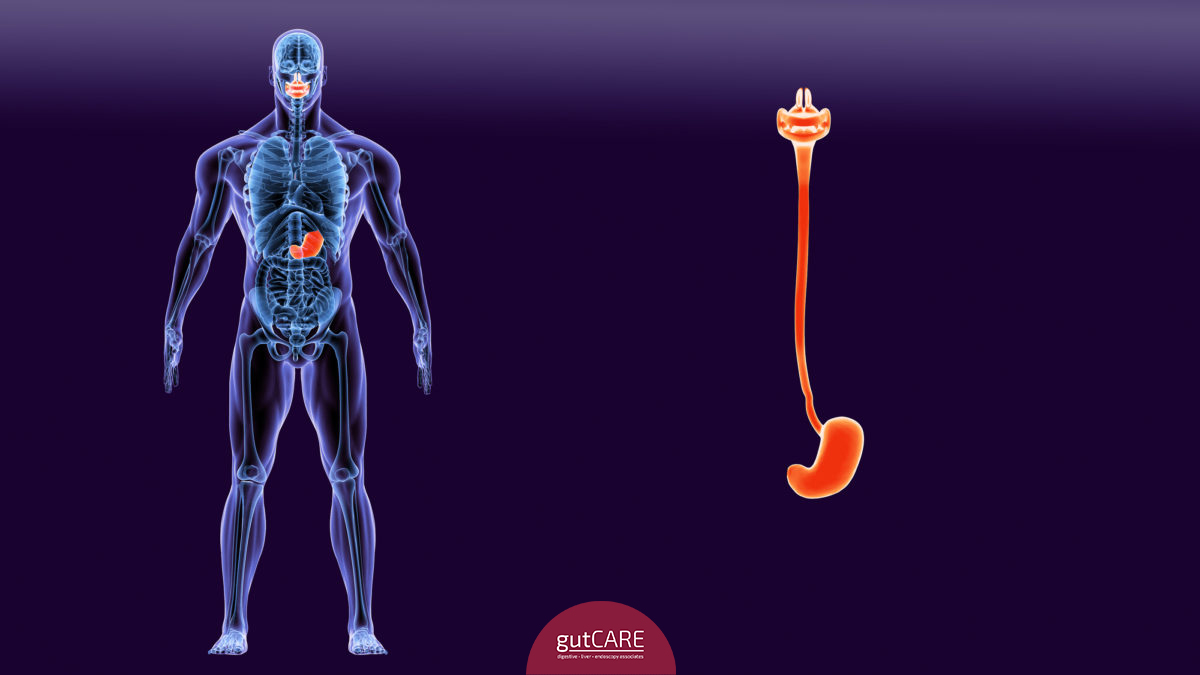 The esophagus, otherwise known as the gullet or swallowing tube, is the “pipe” that links the mouth to the stomach, and allows food to pass down after chewing and swallowing into the rest of the digestive tract where digestion and absorption of nutrients occurs.

It’s an important structure, and a number of diseases can affect its function and overall gut health. Some of them are listed below:

Backflow of stomach contents into the esophagus can cause symptoms such as heartburn a bitterness in the throat and a variety of other symptoms. The diagnosis is made by endoscopy or a special reflux study. Treatment involves lifestyle changes in tandem with medicine and sometimes surgery.  (Click to read more)

Barrett’s is a change in the lining of the esophagus as a result of constant and chronic reflux. This condition needs to be managed and monitored, as there is a small potential for malignancy. (Click to read more)

The movement of food down the esophagus does not happen by gravity but is a result of coordinated contractions involving the nerves and muscles. A disruption of this can result in swallowing difficulties and significantly impair one’s quality of life. Diagnosis involves the use of High-Resolution Esophageal Manometry and a pH-Impedance test, and once the correct diagnosis has been made, effective treatment can be given.

This is one of the most significant disorders of swallowing, where the esophagus movement stops and the valve allowing food to enter the stomach is jammed. The diagnosis and subtyping is confirmed by High-Resolution Esophageal Manometry, and effective treatment can be given.

This is a common condition when tablets or pills are not swallowed properly and get stuck in the narrowest part of the esophagus, and the medication in the pills get into contacts with the esophagus and results in painful ulcers forming.

This condition presents in a variety of ways, and can sometimes mimic a heart attack. It’s a result of an allergic reaction of the esophagus causing allergic type cells to accumulate and cause damage to the lining of the esophagus. Accurate diagnosis by endoscopy and biopsy to see the cells is crucial before treatment can be instituted.

Cancer of the esophagus most commonly occurs in an elderly male with a strong history of smoking and drinking alcohol. They usually have symptoms such as difficulty in swallowing and loss of weight.