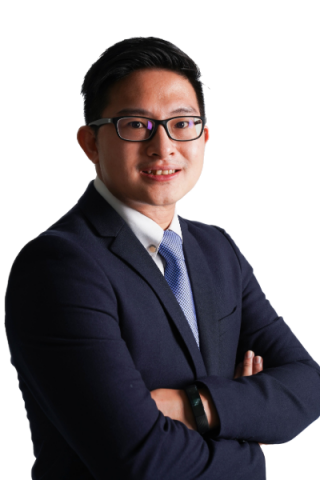 Dr Chong graduated from University of Malaya in 2009 as a dean list top student. He began his basic medical training in Singapore as house officer, subsequently pursued his specialist training in Internal Medicine and Gastroenterology under National University Health System (NUHS) Residency Program Singapore. He attained the Master of Medicine (MMed) and Membership of the Royal College of Physician (MRCP) from the United Kingdom in 2013. In 2016, He was accredited as a specialist in Gastroenterology by the Ministry of Health and admitted as a Fellow of the Academy of Medicine Singapore.

Upon completion his training, he was employed by Woodlands Health Campus as the first few medical specialists to assist in hospital operation planning. He led WHC medical team to pilot the first medical ward in 2017. Dr Chong received Service Excellence Award in 2019 as a recognition of his contribution to hospital.

Dr Chong has extensive experience in the field of hepatology (liver disease) due to his clinical load and experience from various clinical trials. He was involved in many clinical trials from viral hepatitis B, hepatitis C, liver cirrhosis to liver transplantation during his days in restructured hospital. On top of that, he was trained to perform enhanced imaging endoscopy and water-immersion colonoscopy, which is a special technique designed to increase the success rate for difficult colonoscopy. Academically, he is current a co-opt board member of the Chapter of Gastroenterologists involving in writing various professional guidelines for Academy of Medicine Singapore.

His patients like him very much due to his holistic approach. He can speak various languages and dialects such as English, Mandarin, Malay, Cantonese and Hakka.